Five arrested and detained for one month for grave traffic offenses

KUWAIT CITY, Nov 11: The Traffic Court has issued a ruling to imprison five people for a period of one month, seize their vehicles for a period of two months, and fine each of them KD100 for committing serious traffic offenses. Accordingly they were referred to the Traffic Court by the Violations Investigation Unit and the Traffic Violations Claim Unit of the General Traffic Department, reports Aljarida daily.

According to a security source, the Violations Investigation Unit had accused the five men of racing without a permit on public roads, reckless driving, and performing stunts, all of which could endanger the lives of others.

The Traffic Violations Investigation Prosecution Department prepared the indictment records for those accused of the violations and referred them to the Traffic Court, after they were detained for two days in traffic detention. 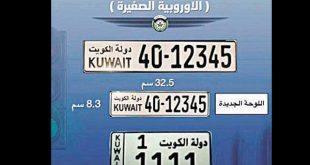 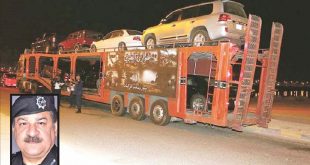