KUWAIT CITY, Sept 26: The Complaints and Arbitration Committee at the General Directorate of Civil Aviation (DGCA) recently discussed the complaints of travelers, as well as the violations of tourism and travel offices and airline companies operating in the country, reports Al-Qabas daily. Committee Chairman and Air Transport Department Director Abdullah Al-Rajhi confirmed that the committee reviewed the violations, including eight complaints filed against companies that violated the laws and circulars issued by the (DGCA) He said the committee decided to fine the erring companies and then it will take legal measures against them.

He added the administrator of a social media account found to have violated the laws and regulations was referred to the concerned authorities in line with Article 12 of Decree Law number 31 of 1987 on regulating the air transport market. He stressed the need for companies and offices to abide by the laws and circulars on regulating the air transport operations, asserting the committee will never be lenient on this matter as it is keen on protecting the rights of both the travelers and the State. 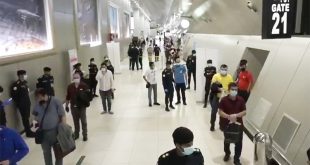