KUWAIT CITY, Feb 14:  The Court of Appeals presided over by Judge Nasser Al-Heid reviewed several State Security cases and fraud cases and issued verdicts from case adjournment to reserve for ruling. The court had decided to adjourn to March 14 the case filed against a Filipina who is accused of joining DAESH terrorist group. She was convicted by the Criminal Court and sentenced to ten-year imprisonment.

In the case filed against rights activist Rana Al-Saadoun for repeating a contentious speech of an opposition politician, the court set the session of February 21 to issue a ruling. Earlier, the Criminal Court had refrained from punishing the activist but obliged her to sign a pledge of good conduct and pay bail bond worth KD 1,000. Also, the court adjourned to March 7 the State Security case filed against blogger Hamed Buyabes who is accused of publishing false news.

Earlier in November 2011, the Criminal Court had refrained from issuing punishment against Buyabes, provided he maintained good conduct for two years. However, he had committed another crime during the two years due to which he was called for retrial. In addition, the court set the session of February 21 to issue ruling in a case filed against a lawyer for forging a case notice. The Criminal Court had earlier acquitted the lawyer in the case filed by his opponent in a previous case 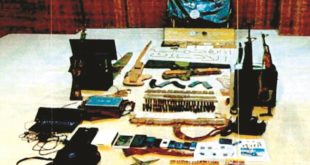