KUWAIT CITY, Oct 8: A reckless female motorist attempted to run over a traffic police officer in Salmiya area. Sources said the woman escaped but the police managed to record her vehicle’s number plate and registered a case against her.

Meanwhile, a family was rescued from a fire that erupted at a house in Qusour area. A fire team from Qurain brigade was dispatched to the location to deal with the situation. The fire started from a room in the ground floor of the house which the fire team managed to deal with before it could spread further. No casualties were reported 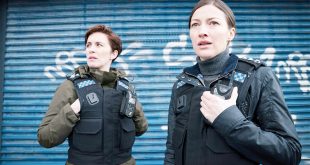 NEW YORK, June 1, (AP): Actor Kelly Macdonald recently got a taste of what it …