KUWAIT CITY, May 27: The US Food and Drug Administration (FDA) has approved a new drug, the world’s most expensive drug ($2.1 million), to treat spinal muscular atrophy in children.

About 60 cases of the disease have remained in the country, according to the head of the Pediatric Emergency Unit at Al-Adan Hospital, Dr Marzouk Al- Azmi, says Al-Rai daily.

In this context, the Undersecretary of the Ministry of Health for Medicines and Medical Equipment Dr Abdullah Al-Bader stressed the Ministry’s keenness to provide the citizens the latest medicines for the treatment, pointing out that this concern was behind the implementation of the system of rapid registration of medicines.

On the possibility of the ministry providing the new drug for the disease of spinal muscular atrophy (SMA), Al-Bader explained that once the requirements and conditions of the purchase are met, the ministry will spare no efforts in providing it, as there is a system and mechanism governing this either by the medical departments or when the presentation to the control authorities.

He referred to the directives of Minister of Health Dr Bassel Al-Sabah and Undersecretary Dr Mustafa Reda to provide the latest treatments for citizens, especially those suffering from chronic and rare diseases, stressing that the ministry is prioritizing the treatment and safety of patients according to the highest quality standards.

The pediatric consultant, head of the pediatric emergency unit at Al- Adan Hospital, Dr Marzouk Al-Azmi, said that the disease of children’s spinal muscular atrophy (SMA) is a genetic disease that affects about one in every 10,000 live births and makes the muscles weak. He explained the disease causes the patient problems in the movement and worsen with time and leads to paralysis and difficulty in breathing and ultimately to death, pointing out that there are several types with the disease beginning at different ages.

He pointed out there are about 60 such cases in Kuwait saying the new genetic medicine promises good results and may be a milestone in the treatment of the disease, but the price is high. Dr Al-Azmi expressed his confidence that the Ministry of Health will provide the new drug whenever it becomes available, especially since the treatment is currently being done through a drug that is valued at thousands of dollars and has not achieved the desired results. 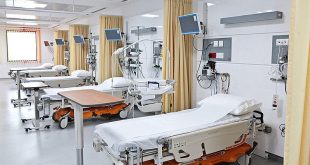 ‘Center working around the clock to protect Kuwait from health hazards’

‘Neglect of patients by their relatives puts pressure on services, health care’

KUWAIT CITY, June 2: The Ministry of Health said neglect of patients by their relatives …