KUWAIT CITY, April 6: In Kuwait a Muslim fasts for 15 hours average during this Ramadan month, while the number of fasting hours in the month of Ramadan vary in countries of the world, according to the length of the day, which is determined by the distance between the country and the equator, reports Al-Rai daily.

The shortest fasting period in Ramadan for Muslims in New Zealand this year will be about 11 hours and 20 minutes while those living in Finland, Norway, Greenland and Russia will fast for about 20 hours. In the Arab world, the Maghreb countries and Iraq have the longest fasting hours of about 15 and a half hours, while the average number of fasting hours in Kuwait, Saudi Arabia, Egypt, Qatar, Jordan, the Emirates, Lebanon and Palestine is 15 hours. 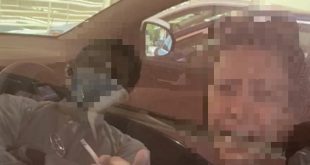 This post has been read 9217 times! rbt Holy Ramadan, a period of self-reformation and …