KUWAIT CITY, July 24: The Residency Affairs Department has stopped family visit visas, while the assistant undersecretary of the Residency Sector and the director general and assistant director general of the Residency Affairs Department have limited its issuance. Such a decision was taken after discovering 20,000 expatriates who visited Kuwait but did not leave or failed to leave after the expiry of their visa, reports Al-Anba daily quoting informed sources. They said, “The issue of resuming family visits is in the hands of the First Deputy Prime Minister and the Minister of Interior. No one is sure of the date of resumption of these visits or the controls under which they will be reissued. The study includes conditions for the expatriate who brought his family or relatives to ensure they leave the country immediately after the expiry date of the visit visa. Nonetheless, the issuance of commercial visit visas have not been suspended.

Meanwhile, the Residency Affairs Sector issued a circular, which included the issuance of a new visa for domestic workers who lost the entry visa that was issued using the PF7 feature in the visa system without canceling the previous lost visa, and until its expiry in the computer system. The circular stressed that all residency sector employees abide by these instructions and do not violate them. It is worth highlighting that circular No. 47/2022 regarding the loss of original entry visas issued to domestic workers stated the following: Further to the circular No. 161/8 dated 5/30/2022, many clients visit the Residence Affairs departments and service centers in all governorates to report the loss of the original entry visa issued to the domestic workers to be recruited from abroad and request the cancellation of the lost entry visa from the computer system and the issuance of a new entry visa instead.

With reference to paragraph 3 of the aforementioned previous circular, in the event the employer claims to have lost the original entry visa issued to the worker, he can submit to the competent department a request to issue a new entry visa for the same worker to whom the lost visa was issued. It was hence decided to issue a new visa to the same domestic worker for whom the lost entry visa was issued using the PF7 feature of the visa system without canceling the previous lost visa until it expires in the computer system. 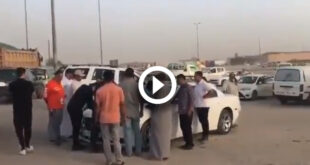