KUWAIT CITY, Oct 10: The General Department of Public Relations and Security Media Department at the Ministry of Interior said during a raid on fictitious domestic workers hiring offices, 12 persons who were reported absconding by their employers – nine of them whose residence permits had expired and two without identification papers – have been arrested, reports Al-Anba daily. The raid took place upon instructions of the Assistant Undersecretary for Residence Affairs at the Ministry of Interior Major-General Anwar Al-Barjas in the context of the efforts exerted by the Department’s Investigations and the Violators Follow-up Department to keep a tap on the fictitious domestic workers hiring offices. The daily said the raid happened in the suburb of Farwaniya after receiving information that these offices were offering illegal workers for employment on hourly and daily basis. By Jaber Al-Hamoud Al-Seyassah Staff and Agencies

Talks on to shift domestics to ‘cover’ of national labour law 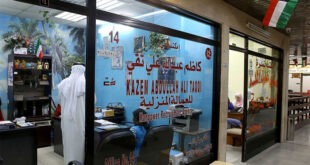 Shortage of Maids in Kuwait .. restrictions set by countries