They added, after they began their work they were required to undergo a medical examination and this took longer than one month because of certain formalities and inability to produce medical results on time and as a result the visit visa during expired and they became violators of law as a result of which they have to pay 10 dinars fine for each day of overstay. They added some have overstayed more than 10 days and by law are required to pay for no fault of theirs. They said, “we hope the Minister of Education, Dr. Ali Al- Mudhaf, and the Undersecretary Dr. Ali Al-Yacoub will end their sufferings and extend the entry visas until the completion of the procedures.” 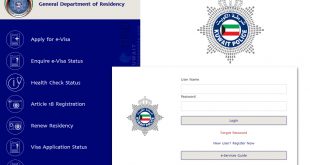 ‘MoE to hire 645 teachers from Jordan and Palestine’

This post has been read 23200 times! Move to fill shortage of teachers in schools …