KUWAIT CITY, July 16: An expatriate employee working for the Public Prosecution has been detained for misusing the phone. The arrest came after his female colleague, who works in the general secretariat accused him of taking her picture with his cell phone.

The secretary, after discovering what her colleague had done, informed the public prosecutor, and the suspect was summoned but he denied taking the picture. He stated what happened was just a misunderstanding and differences between the complainant and the accused, and when the prosecutor asked him to show his phone to find out the truth, the employee dropped the phone to the floor and it broke.

Then he claimed the phone had ‘nothing’ in it. The source added the Director of Public Prosecutions then submitted a report of the incident to the security authorities, and the man was arrested. 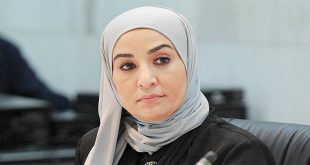 KUWAIT CITY, June 27: According to a recent survey by Mercer, Kuwait occupied the last …