KUWAIT CITY, Oct 29: Former MP and candidate from the Fourth Constituency Mohammed Tana affirmed that lawmakers of 2013 parliament played their legislative role to the full.

At the same time, he criticized their supervisory role, which he said, became weak after several members were polarized by government, says Al Jarida daily.

He explained that successive governments since 1962 have been controlling the democratic game, and he looks forward to win a seat in the Parliament of 2016. He expected about 20 percent change on the level of ambitious members that will address failures like the catastrophic gasoline price hike.

Former MP Tana, who has decided to contest the elections under the slogan ‘One Nation’, stressed that concerns of the Fourth Constituency top his priorities. He also vowed to put himself out to provide the necessities of electorate and declared outright rejection of the DNA law forced upon Kuwaitis, saying there are no nationality forgers as alleged. 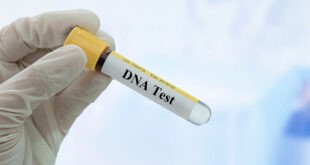 Saudi duo claims to be sons of ‘impotent’ father