BRUSSELS, Oct 5: Qatar’s Interior Ministry and the European Union Agency for Law Enforcement Cooperation (Europol) on Wednesday signed at the Hague a Working Arrangement in order to support the EU Member States and Qatar in preventing and combating serious crime and terrorism. The Working Arrangement introduces a secure system for the exchange of information between the parties, linking Qatar with the law enforcement authorities of the EU Member States, as well as with third countries and organisations associated with Europol, according to an Europol press release.

Based on this Working Arrangement, Qatar can deploy a liaison officer to Europol’s headquarters at the Hague in the Netherlands to join a unique community of liaison bureaux of law enforcement authorities from more than 40 countries from across the world. Europol’s Executive Director Catherine De Bolle said, “Today marks the start of a fruitful collaboration between the law enforcement authorities of Qatar and their counterparts in the European Union.”

“Europol is looking forward to hosting a Qatari liaison officer in its headquarters in The Hague, further enabling a trustful flow of information in our collective fight against organised crime and terrorism,” she said. On his part, Major-General Khalifa Nasr Al-Nasr, Director of the Human Resources Department at the Qatari Ministry of Interior, said, “Qatar is committed to identifying and further enhancing areas of cooperation with the world’s foremost law enforcement organisation.” “Europol’s global tools and international law enforcement networks will further support our national and regional security efforts,” he added (KUNA) 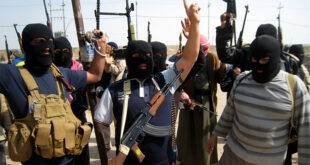 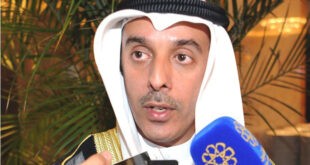