BRUSSELS, Nov 8 (KUNA) — Most leaders of the European Union did not wait for the official confirmation of US election results but rushed to congratulate Joe Biden after media projections Saturday night showed that he will be the next US President.

This hasty step reflects the widespread mood of euphoria in European capitals over the defeat of Donald Trump.
European Commission President Ursula von der Leyen in a statement commented that “the world continues to change and new challenges and opportunities appear, our renewed partnership will be of particular importance.

“The European Commission stands ready to intensify cooperation with the new (US) Administration and the new Congress,” she stressed.
The Brussels-based news portal EUobserver headlined “Biden wins US elections: Dark chapter is over.”
It noted that some EU politicians have called the years of outgoing president Donald Trump as a “nightmare.”

Even the secretary General of NATO Jens Stoltenberg enthusiastically greeted the upcoming change of guard in the White House.
“I know Mr. Biden as a strong supporter of NATO and the transatlantic relationship,” he said in a statement.
“A strong NATO is good for North America and good for Europe,” noted the NATO chief.
During Donald Trump’s four years in office, US-EU relationship was behest with deep distrust and tensions.
The rift between Brussels and Washington kept growing on many issues and policies, from Trump’s America first policy, climate change, multilateralism, the Iran nuclear deal, and NATO.
Trump is also accused of undermining free trade in the world and dismantling multinational institutions.

In particular, the EU was very hurt and angered when Trump pulled out from the Iran nuclear deal, an agreement seen in Brussels as the most successful EU diplomatic achievement.
European analysts believe that Biden will heal the injured transatlantic relations.
“After four long years of persistent haranguing, criticism and outright hostility, Europe can breathe easy; it’s free at last of Donald Trump,” said an opinion piece published in the Brussels-based Politico website.
“Trump’s defeat in the US election will be celebrated across the Continent where his presidency caused widespread angst and anger. Many feared a second Trump term would trigger the collapse of the transatlantic relationship, the anchor of European prosperity and stability since World War II,” it commented.

European analysts believe that with the election of Joe Biden, the US will return to the negotiating table with Iran.
Biden has also pledged to reverse Trump’s exit from the Paris Agreement on climate change and he also expected to reconfirm the US commitment to NATO. 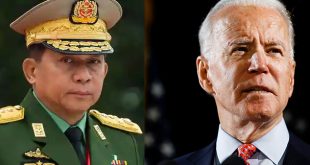 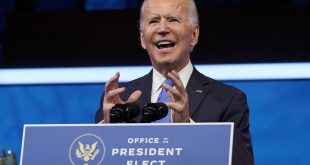 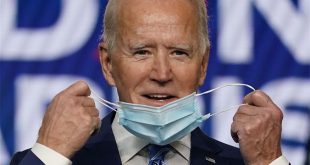