BRUSSELS, April 1: The European Union Monday added eight Iranian persons and three entities to its sanctions list in view of their role in the violent response to the November 2019 demonstrations in Iran. It includes Gholamreza Soleimani Head of the Basij Organisation, Hossein Salami, Commander in Chief of the Islamic Revolutionary Guard Corps, Hassan Karami , Commander of the Special Units of the Iranian police force among others.

The three entities are the Evin prison, Fashafouyeh Prison, and Rajaee Shahr Prison included in the sanctions list for human rights abuses of their prisoners. The list now comprises a total of 89 individuals and 4 entities, noted an EU statement.
The EU also today decided to extend its sanctions responding to serious human rights violations in Iran until 13 April 2022.
These measures consist of a travel ban and an asset freeze, and a ban on exports to Iran of equipment which might be used for internal repression and of equipment for monitoring telecommunications. In addition, EU citizens and companies are forbidden from making funds available to the listed individuals and entities (KUNA) 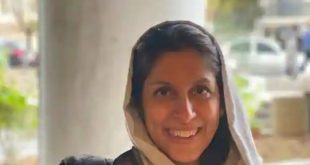