ABU DHABI, June 3: Five Etihad Airways equity partner airlines signed up to the Buckingham Palace Declaration, committing to major steps to fight illegal wildlife trafficking and efforts to help protect many of the world’s iconic wildlife species. The Declaration of the United for Wildlife International Taskforce on the Transportation of Illegal Wildlife Products was signed at the IATA Annual General Meeting in Dublin.

Alitalia, airberlin, Air Serbia, Air Seychelles and Virgin Australia signed the Declaration following the lead of Etihad Airways which became a signatory in March this year.

United for Wildlife is an alliance of conservation organisations and The Royal Foundation of The Duke and Duchess of Cambridge and Prince Harry. The initiative aims to address current conservation issues with an initial focus on supporting efforts to prevent the growing trade in illegal wildlife and products around the world. The Transport Taskforce, launched at the World Bank in December 2014, has identified specific actions that the transport industry can take in supporting what HRH the Duke of Cambridge refers to as ‘the race against extinction’.

Jet Airways signed the Declaration in April to coincide with the visit to India by the Duke and Duchess of Cambridge.

Etihad Aviation Group President and Chief Executive Officer, James Hogan said: “Having six of the Etihad equity partner airlines as signatories ensures a more extensive and impactful result over 348 destinations. Led by our Head of Sustainability we are developing a group wide action plan to help prevent this abhorrent practice.”

The Rt Hon Lord Hague of Richmond, Chair of the United for Wildlife Transport Taskforce welcomed the commitment of Etihad Airways and its partner airlines saying: “Combating the Illegal wildlife trade through all modes of transport is essential to tackling the problem. I commend Etihad Airways and its partner airlines for signing this declaration and taking an active step in supporting this initiative.”

The Declaration includes eleven commitments developed to support global efforts to prevent illegal wildlife smuggling, which encourage the transport industry to specifically help shut down the routes exploited by wildlife traffickers. Airlines are able to support in a number of ways including increasing passenger awareness, providing capacity building at airports and working closely to support the efforts of customs and law enforcement authorities. 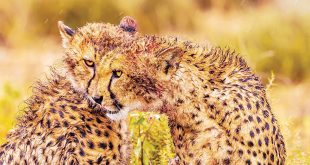 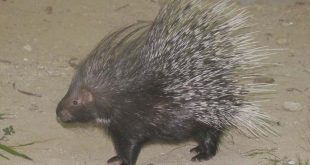 Etihad Airways teams up with Mumbai Indians for Vivo IPL 2017

Etihad to lend out passenger iPads