Etihad Airways teams up with Mumbai Indians for Vivo IPL 2017

MUMBAI, India, April 6: Etihad Airways has once again teamed up with Mumbai Indians for the 10th edition of the Vivo Indian Premier League (IPL) T20 cricket tournament that began this week. The Abu Dhabi-based airline is lending its support for the fourth year running to one of the most successful franchise teams in the IPL and one of India’s biggest sports brands since the tournament was launched in 2008.

Patrick Pierce, Etihad Airways Vice- President Marketing Partnerships, said: “We are delighted to once again partner with Mumbai Indians for what promises to be an exciting and thrilling tournament over the next six weeks. “Etihad Airways enjoys a strong sporting tradition.

Cricket captures the hearts and minds of people all over India, and in indeed in many parts of the world, so we are pleased to be associated with the IPL watched by millions of cricket lovers globally on TV.” A spokesman for Mumbai Indians said: “Mumbai Indians are delighted to have support from Etihad Airways and we are really excited on the season ahead, looking forward to enthralling fans with some great cricket.” Etihad Airways’ logo will appear exclusively on the back of shirts worn by the Mumbai Indians at all home and away matches. Under the sponsorship agreement, Etihad Airways will also enjoy extensive branding and messaging beamed across LED pitch-side advertising and on giant screens at Mumbai Indians’ home matches.

Mumbai Indians are playing a series of games at their home ground, Wankhede Stadium, in Mumbai, as well as several away matches during the six-week festival of top cricketing entertainment. The team’s first match is in Pune against Rising Pune Supergiant tonight (April 6), followed three days later by its first home match on April 9 with Kolkata Knight Riders being the visitors. Etihad Airways operates three flights daily between its Abu Dhabi hub and Mumbai. With connecting services from across Etihad Airways’ network in the Middle East, Europe, Africa and North America via Abu Dhabi, the airline offers cricket lovers a choice of flights to Mumbai. Together with Indian partner Jet Airways, Etihad Airways operates the largest combined frequency to and from India of any international airline with over 250 weekly flights connecting 15 gateway cities in India with the world. 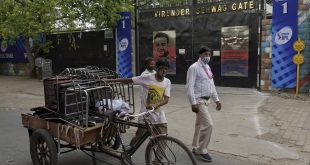 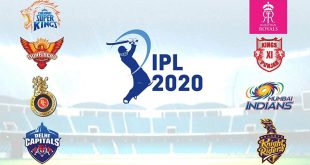