NEW YORK, Sept 9, (AP): A day after credit-reporting company Equifax disclosed that “criminals” had stolen vital data of about 143 million Americans, it had somehow managed to leave much of the public in the dark about their exposure, how they should protect themselves and what Equifax planned to do for those affected.

The breach is unquestionably serious. It exposed crucial pieces of personal data that criminals could use to commit identity theft, from Social Security numbers and birthdates to address histories and legal names. That data the “crown jewels of personal information,” in the words of independent credit analyst John Ulzheimer can’t be changed, and once it’s in circulation, it’s basically out there forever. But Equifax’s response has satisfied almost no one.

Unhappiness everywhere
Consumers complained of jammed phone lines and uninformed representatives. An Equifax website set up to help people determine their exposure looked like a scam to some, and provided inconsistent and unhelpful information to others. Congress planned hearings. Anders Ohlsson, a 47-yearold technical manager in Scotts Valley, California, called a hotline multiple times and was disconnected; entered the last six digits of his Social Security number into Equifax’s emergency website; and finally spoke with a call center manager. He still doesn’t know whether his information has been compromised. “I don’t think I’ve gotten hold of a person that actually cares,” he said. “Now they’re fumbling to tell people what’s going on. But they really don’t know what’s going on.” Equifax plays a key role in the financial industry, making this breach more alarming than previous ones at Yahoo or retailers.

The company is a storehouse of personal information, like how much people owe on their houses and whether they have court judgments against them. Lenders rely on the information collected by three big credit bureaus Equifax, TransUnion and Experian to help them decide on financing for homes, cars and credit cards. Credit checks are sometimes done by employers when deciding whom to hire for a job. 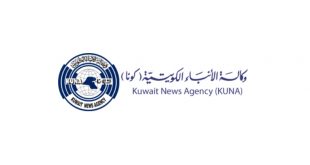 This post has been read 6532 times! KUWAIT CITY, Sept 22: Personnel from the Criminal …