He said during a press statement that the next Sunday sit-in organized by young engineers – engineers who have passed the tests is an important message to the Kuwait petroleum sector that these young Kuwaitis must be appointed immediately in the most vital sector, the oil sector, because they deserve these jobs before other nationalities. Al-Enezi added the union’s participation in this sit-in comes in support of the patriotic youth, after the Kuwait oil sector announced the opening of the door for appointment, and those engineers who obtained their degrees from the most prestigious international universities and passed crippling tests, have yet to be appointed.

He stressed the Kuwait Petroleum Corporation must follow the government vision and popular directions of Kuwaitizing various sectors of the state, especially the oil sector, which is the first artery of the national economy. He said the union as always is committed, to stand by the young engineers and support them until they obtain all their legitimate and just rights, and at the forefront of those rights is the right to employment in the oil sector. The time has come, he said, to obtain 100 percent Kuwaitization of the oil sector in accordance with the agreements that the union was proactive in signing. 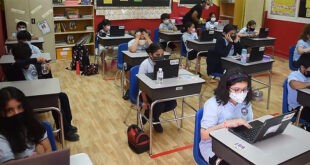