Encroachments on state property an obstacle to reform

KUWAIT CITY, Dec 27: In conjunction with the Capital Governorate’s desire to beautify the Capital and rid it of all violations, the Kuwait Municipality’s Cleanliness Department closed a public square in the Shuwaikh area, in the presence and under the supervision of the Capital Governor Sheikh Talal Al- Khaled, municipality officials and the Ministry of Interior, reports Al-Jarida daily. Sheikh Talal said, in a press statement on the sidelines of the closure of the square, “We appreciate the efforts made by some government agencies and their permanent cooperation with the governorate in order to achieve public interests, pointing out that doubling efforts in partnership with some parties such as the Kuwait Municipality and the General Traffic Department of the Ministry of Interior and the Ministry of Public Works to support us to achieve our aspirations in bringing about an aesthetic shift and development in various parts of the capital.

Closure
He added that the closure of the open areas is a temporary measure until work is done to beautify the landscape or create multi-story car parks, since these places have become a haven for ‘abandoned cars’ or for random and private use by owners of garages, factories, and other nearby shops. He added the encroachments and abuses on state property must stop, as public property is a red line, and its exploitation must be in accordance with the laws, reiterating that “our campaigns against infringements on capital property in all regions of the capital are our goal, and we will not stop until an end is put to all the abuses because they constitute a major obstacle in the face of the expected reform and beautification.” Sheikh Talal reiterated all heavy equipment and trucks must be parked outside residential areas, and the responsible authorities must find solutions to this dilemma, especially since the allocation of a location for these trucks and their services outside residential areas was decided upon years ago.” 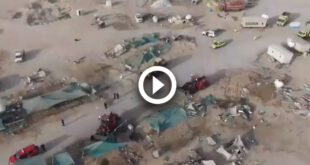 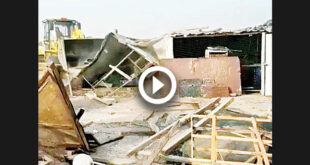 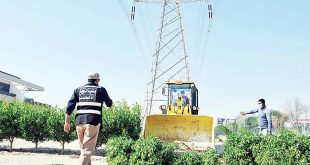 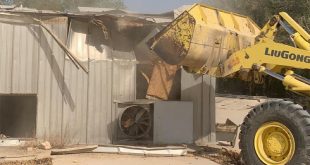 This post has been read 7912 times! Branches of Kuwait Municipality in Capital, Hawally, and …