KUWAIT CITY, July 19: The ready-made clothes market breathed a sigh of relief, temporarily, to get out of stagnation imposed by the Covid-19 pandemic and showed a remarkable recovery after suffering huge losses – thanks to the brisk business as the world celebrates the Eid Al-Adha festival. Some owners of ready-made garments stores said the market has revived and some called it ‘exceptional’ given the situation over the past months due to the fear of the pandemic and restrictions on the movement of the people and limited opening hours for shopping. Most owners fear stagnation will set in again after the end of the festivities.

Many people, stores owners and ordinary people who went on a buying spree to get ready to celebrate the Eid, however, showed mixed feelings. The stores owners said the Corona pandemic caused them huge losses and some of them reached the point of bankruptcy and hope the owners of big complexes reduce the rents until the end of the crisis. They pointed out the purchase movement was somewhat different this year because the conditions imposed by the pandemic has prevented the arrival of new clothes into the market, forcing them to display old clothes that do not encourage customers, while some of them emphasized the prices are reasonable while some others said the slight increase in prices is ‘natural’ and to some extent ‘expected’ due to the circumstances surrounding their work and the reflection of the ‘Corona’ crisis on the entire sector.

Citizen Ali Al-Kandari believes the readymade clothes displayed for sale do not encourage buying, especially since the models are old and prices are high. Another customer Husam Al-Mazun said when he came to buy clothes with his family he was shocked. The prices were high. A boy’s shirt which cost 2 dinars earlier suddenly doubled and the girls’ garments have exceeded all expectations. The price of girls’ trousers, he said, now cost more than 6 dinars, and a girl’s T-Shirt more than 7, which according to him is unaffordable by a common man. Muhammad Zidan says the prices are not high as some say, to the contrary the prices of men’s clothing have decreased by up to 30%, while prices of women’s clothing have remained the same. By Najeh Bilal Al-Seyassah, Arab Times Staff 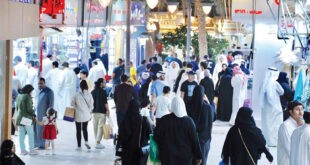 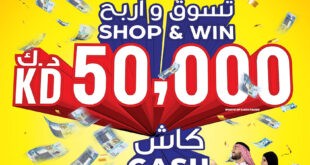 This post has been read 15400 times! KUWAIT CITY, April 8: The ministries of Social …