KUWAIT CITY, July 19: After searching for 20 hours, the marine rescue teams of the General Fire Department found the corpse of an Egyptian who had drowned in sea while his compatriot was rescued, reports Al-Seyassah daily.

The corpse of the victim has been transferred to Forensics. The Public Relations and Information Department of the General Fire Department announced the marine firefighting teams found the body of the man after marathon search which lasted for 20 hours.

The daily added, four men went swimming off Ras Al-Ard overlooking the beaches, while two of them swam ashore one was rescued and the fourth was not found. In another incident, a member of the Special Forces rescued an Egyptian after he saw the man waving his hand, asking for help off Abu Al-Hassaniya

Share
Previous Accounts of 10 ‘fashionistas’ under probe as new suspect seen in money-laundering saga
Next Over 23,000 Filipinos in Kuwait displaced by COVID-19 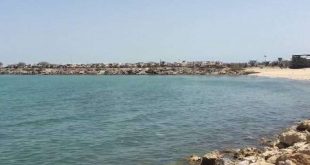 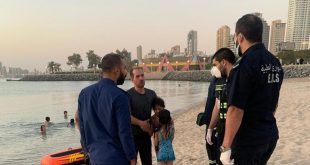