KUWAIT CITY, Sept 7: An Egyptian woman stabbed her husband in her apartment in the Farwaniya area. Prosecution ordered detention of an Egyptian woman and on investigation it was revealed the fight took place between them due to an outstanding financial dispute which led to stabbing of her husband with a knife. The case has been registered and the wife has been detained while the appellant is still being treated in hospital. 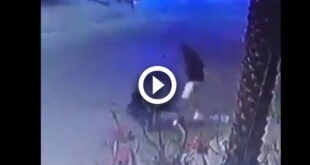 KUWAIT CITY, Aug 7: A quarrel broke out between a number of Egyptians and Indians …