CAIRO, Aug 28 : Egyptian President Abdel Fattah El-Sisi and Qatari Amir Sheikh Tamim bin Hamad on Saturday agreed on the necessity of consultation and action for cementing the bilateral relations in the foreseeable future. Spokesperson of the Egyptian Presidency Bassam Radi said in a statement that the agreement was reached during a meeting between the two leaders, held on sidelines of the Baghdad Conference for Partnership and Cooperation in the Iraqi capital. The concord is within the framework of the evolving bilateral relations, as stipulated by Al-Ula summit declaration that had been held in the Saudi city of Al-Ula. El-Sisi, during the meeting in Baghdad, affirmed Cairo’s keenness on fruitful and inclusive cooperation as well as backing up Arab solidarity in line with Cairo’s strategic approach at this level. For his part, the Qatari Amir expressed admiration for the positive development of the Egyptian-Qatari ties, noting officials’ reciprocal visits and resumption of cooperation in some sectors.

The Qatari Amir affirmed that Doha aspires to see wider bonds in line with the stratgic and pivotal role played by Egypt. Al-Ula summit (the 41st GCC summit) was held in the Saudi city of Al-Ula last January. It witnessed conciliation among the GCC countries and affirmed the regional countries’ unit in the face of challenges. UAE Vice-President Sheikh Mohammad bin Rashed Al- Maktoum also met with the Qatari Amir Sheikh Tamim bin Hamad Al-Thani on margins of the Baghdad conference. The UAE vice-president said in a tweet that he considers the Qatari Amir a brother and a friend, affirming that the GCC states will remain united with a singly destiny. The UAE vice-president Sheikh Mohammad and the Qatari Amir arrived in Iraq earlier Saturday starting an official visit to represent their countries at the Baghdad partnership and cooperation conference.(KUNA) 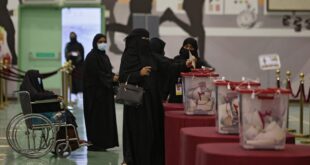 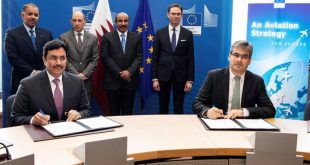