On the other hand, the exchange rate of yuan rose against the Kuwaiti dinar within a year by more than eight percent, after yuan’s exchange rate exceeded 47 fils compared to its level in June last year, which amounted to 43.4 fils. Exporters benefit from the depreciation of the local currency against the currency of the importing country, and vice versa with importers.

In application of that rule, the Kuwaiti exporters to China benefited from the strong yuan, where they get the same value of their exports in yuan, which is more than dinars, but the importers who pay more in dinars for the same Chinese goods were hurt due to the strong yuan. Kuwaiti exporters to the United States are affected by the decline in the value of the dollar, as they obtain the value of their exports in dollars, which has become equivalent to a value less than dinars compared to last year. In return, importers from the United States benefit from that weakness in line with the same rule. According to the Central Statistical Bureau, Kuwait imports Chinese goods at about KD 1.8 billion annually. That value represents about 18 percent of the total imports, which exceed KD 10 billion annually. On the other hand, Kuwait exports goods worth about KD 270 million, most of which are oil exports. The trade balance deficit with China is approaching about KD 1.5 billion annually. China tops the list of countries importing from and exporting to Kuwait at the same time.

Exports
US exports to Kuwait amount to more than KD 920 million annually, and occupies the second place in value after China. US goods represent less than ten percent of the goods imported by Kuwait, while Kuwaiti exports to the United States are among the lowest countries in light of their oil sufficiency. This brings the total Kuwaiti imports from the United States and China to about KD 2.7 billion, affected by the rise of the yuan and the decline of the dollar. Apart from importing and exporting, Kuwaiti investors and depositors dealing in dollars are affected by the decline in its value, as the value of those deposits and investments in US stocks and bonds declined by the same value as their decline against the dinar when assessed in the local currency away from the returns they achieve.

Deposits in foreign currencies in Kuwaiti banks amounted to two billion dinars at the end of March. It was estimated that they declined significantly by 16.5 percent on an annual basis, compared to about KD 2.4 billion in March last year. At the level of individuals, institutions and the government, Kuwait invests more than 270 billion dollars in the American financial markets, according to the data of the US Treasury Department. It ranges from investments in shares of American companies, with a value of about 210 billion dollars, as well as about 60 billion dollars in bonds of all kinds – government and corporate. 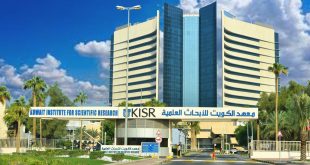 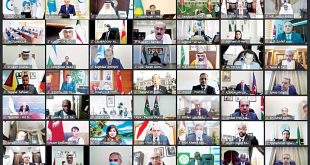