KUWAIT CITY, Sept 27: As the 2022 National Assembly polls will be held on September 29, Thursday, Kuwaiti economists stressed the importance of choosing candidates eager to promote the sustainability of the national economy through laws and legislations.

Speaking to KUNA in various interviews, the economists shared a vision focused on diversifying income, cultivating a viable atmosphere for commerce and investment, as well as encouraging creativity and ingenuity in business. Continuing to make oil the sole source of income is a “dangerous matter” due to the commodity being linked with the varying nature of global energy prices, said Dr. Anwar Al-Shurai’an, a professor of economy at Kuwait University (KU). Dr. Al-Shurai’an indicated that the decline in price of oil during the COVID-19 was a great motivator to diversify the economy, a vision, which was present for 45 years. He noted that according to reports, the volume of Kuwait sovereign wealth fund had reached around USD one trillion, which indicates that its income was at around six percent equaling USD 80 per barrel of income made in current production estimates.

Al-Shurai’an called on parliamentary hopefuls and those involved in drafting laws and legislations to focus on a sustainable vision for the Kuwaiti economy. The legislative authority must have a role in promoting economic diversity and sustainability, noting that what occurred during the pandemic had highlighted the importance of such venture. The private sector had been hit by the COVID-19 pandemic and such happening required legislators to look into laws that protect private business and find ways to defense economic growth, he affirmed.

Plans
Providing his input, economic lecturer at Kuwait University (KU) Dr. Riyad Al-Fares said that the executive authority, through the New Kuwait 2035 vision, had come up with plans to counter mishaps in the national economy. The state income had decreased tremendously during the coronavirus pandemic, putting the price of oil at USD 30 per barrel, he indicated, noting that the legislative authority should come up with laws to strengthen the input of the private sector in Kuwait and diversify income from petroleum-based economy that represented around 95 percent of the GDP. He pointed out that public privatization was key to help the private sector flourish, adding that the National Assembly must focus on laws or amend legislations, which were pro-economic diversification and improving business environment. He noted that the government’s agenda for 2021 had nine economic drafts laws in need of legislative amendments.

The parliament and government need to support projects such as the free-trade zone and Al-Harir City to promote the welfare of the state and citizens alike, he affirmed. On his part, assistant lecturer at Kuwait University’s (KU) the college of law Dr. Mohammad Al-Shubaib said that the upcoming incarnation of the National Assembly have various challenges to tackle namely the ones pertaining to the budget and spending. He reiterated the importance of supporting the private sector and encouraging creativity and ingenuity in business to attract foreign investments and expand state income. Having a strong economic base would allow Kuwait to maneuver against global economic crises and turn the country to a regional and international hub for commerce and finance. Kuwait activists said on Monday that hopefuls running in the elections must put environmental causes on the forefront of their respective campaigns to achieve sustainable development for the country. Speaking to KUNA, several sources stressed the importance of protecting the environment, saying that the issue was not a marginal topic that need to be put in the backburner.

Alternative Wajdan Al-Oqab, chairperson of the Kuwait Environment Protection Society (KEPS), called for protecting the environment and promoting alternative energy resources, affirming that those issues affected Kuwait and the whole world. Increasing temperatures and haphazard climate shifts could not be easily brushed under the carpet, they were real threats requiring real solutions, she reiterated. She called on candidates to recognize the importance of protecting natural resources and respect international environmental protection accords. The parliament had approved laws pertaining to protecting the environmental rights of individuals, said Al-Oqab, noting that environmental protection Law 24/2015 and Law 99/2015 both enshrined the rights of citizens in clean air quality, water, and land. Fending off pollution and protecting the environment are vital parts of sustainable development and the new Kuwait vision 2030, she stressed. Similarly, head of the climate change department at the Environmental Protection Authority (EPA) Shareef Al- Khayat said that the issue of climate change was a reality and it had resulted in rising sea levels due to ice melting both in the Arctic and Antarctica. The Consultation Chamber at the Constitutional Court has rejected the petition of Second Constituency candidate Attorney Adel Al-Yahya on the constitutionality of Amiri Decrees Five and Six for 2022 on allowing citizens to vote as per their address in the civil identification card.

The court affirmed the constitutionality of both decrees, indicating the candidate who filed the petition did not mention any damages he incurred due to these decrees. In a relevant development, the Court of Cassation upheld the decision of the Court of Appeals to disqualify candidates Ayedh Abu Khousa, Anwar Al-Fekr, Abdullah Al- Barhgash and Naif Al-Merdas from contesting the election scheduled for Thursday. These candidates were convicted of offending the Amiri entity.

Meanwhile, the Court of Cassation sentenced Al-Merdas to two years in prison for repeating the speech of former MP Musallam Al-Barrak titled, “Enough Frivolity,” which was considered offensive to HH the late Amir Sheikh Sabah Al-Ahmad Al- Jaber Al-Sabah. On the other hand, former MP and Fourth Constituency candidate Daifullah Bu Ramiya is a Sunni Islamist who was born in September 1957. He obtained Bachelor of Medicine from Alexandria University in Egypt, and Master’s Degree in Public Health and Hospital Management at a university in the United Kingdom (UK). He served as a doctor at Farwaniya Hospital, Chairman of the Medical Committee at the Military Hospital, Director of Kuwait Army Hospital, and Director of Maternity Hospital and Jahra Hospital. He contested the elections in 1999, ranking fifth in the 16th Constituency with 870 votes; first in 2003 and 2006 with 2,279 and 5,676 votes respectively. He ranked fourth in the Fourth Constituency in 2008 and 2009 with 11,482 and 13,112 votes respectively. He lost in the February 2012 when he ranked 19th with 5,063 votes. He was not among the MPs who were investigated on the questionable bank deposits issue.

Statement
When he was arrested by State Security officers for criticizing Minister of Interior Sheikh Jaber Al-Khalid, Bu Ramiya said he is the subject of the rule of law. He argued that criticizing a politician is not a crime, as it is part of the freedom speech. He added that if the minister has valid accusations against him; the latter should have filed a case in court rather than sending forces to arrest him in his house By Saeed Mahmoud Saleh Arab Times Staff and Agencies 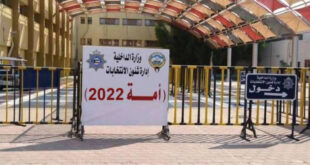 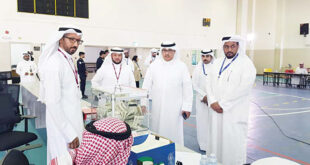 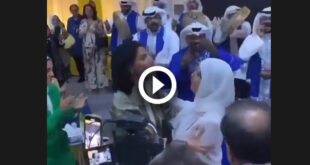 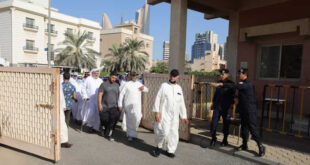 This post has been read 7242 times! KUWAIT CITY, Oct 1: According to some observers, …