KUWAIT CITY, April 13: The Shuwaikh customs officers have foiled the attempt by two Syrians and three others to smuggle Captagon pills into the country. The security sources told the Al-Seyassah daily, the suspects had stuffed into the potatoes, which came from Lebanon, with about one million pills.

The potatoes came aboard a container at the Shuwaikh Port. In a related context, a security source confirmed that the police have taken into custody 5 suspects and that the investigation is underway. The suspects have been referred to the Public Prosecution. 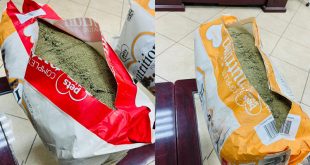 KUWAIT CITY, April 5: The Ministry of Interior recently announced the arrest of an Arab …