Does OPEC+ have enough oil to stop surge in prices?

THE oil price is now $92 per barrel, and there is no sign of the easing of prices. At the same time, political tensions are surrounding the energy-supply countries. In Europe, the Russian gas supply crisis is creating a threat of shortage of supply for more than 27 countries. Also, the political tension in the Arabian Gulf region could have a great impact on the oil supply.

This is coupled with the uncertainties surrounding oil-producing countries’ abilities to meet the growing demand and the call for more oil supply. This is a real test or a challenge that OPEC+ is facing, especially with last week’s decision to maintain its monthly increase of 400,000 barrels per day, knowing well that some of its members are just not able to meet the total quota of supply to oil markets. This has resulted in a shortage of more than 800,000 barrels of the required volume. This will certainly cause an increase in the oil prices to above $90 level, which will most likely continue.

However, OPEC is not declaring or disclosing any crude oil volume related to the supply and volume availability among its OPEC+ members. Today, a total of 14 members are unable to meet the quota, which is pushing the oil prices higher. In the last eight months, about 2.4 million barrels of fresh volume was theoretically poured into the market, which is 400,000 per member in the last eight months. However, the actual volumes received in the market was less by about one million barrels. This shortage makes the market nervous, and causes the firming up of oil prices. Today, oil prices are being invented or speculated by the oil houses and traders.

They are genuine figures, and for sure could lead to a higher level, with $100 level not being far away. On the other hand, the USA, which is the biggest oil producer of 13 million barrels per day, has retreated and is unable to reach its historical level as it is now producing 11.5 million barrels per day. It is unable to produce more oil because the owners of oil companies want the cash for themselves and are refusing to push more money into exploration and production. This is pushing the final gasoline prices into a much higher level and causing higher inflation. This is creating a bigger headache for the US administration in its efforts to fight inflation and deal with consumers’ anger. The oil prices may remain high at the current level until the end of this year. Meanwhile, there is no sign of improvement in the level of investments by the major international oil companies, despite the mountains of cash they are generating. It could be a new game with little investment.

Meanwhile, oil producing countries are trying to move away from oil into new avenues in pursuit for other sources of revenue. This means going away from oil in line with the directives of international oil companies and their shareholders. Perhaps, some help could come to the oil markets with fresh supply from Iran, subject to the new nuclear agreement, which can ease the pressure. This may take time but one million to two million barrels could be made available, which would ease the tension and lead to a new page. It could also lead later to a new set of negotiations and new OPEC+ quota. This optimism would not materialize soon, so we have to live with the price level of $90 per barrel, or above, for some time in the absence of fresh oil and investments , unless OPEC+ surprises the oil markets with their volume.

Share
Previous Delay in free ration for front-liners
Next ‘Dune,’ ‘The Power Of The Dog’ lead BAFTA nominations 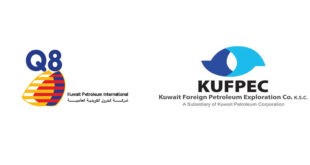 This post has been read 9733 times! THE USA, Europe, and Russia are using oil …