KUWAIT CITY, June 28: According to a report issued by the MEED magazine, the Kuwait Oil Company (KOC) requested the Central Agency for Public Tenders (CAPT) to resume discussions on the second phase of the negotiation process for the pricing of a consultancy services contract for the management of a major project in the oil sector, reports Al-Anba daily. In this context, the report explained that the bids for the contract submitted by the American “Fluor” and the French “Technip” companies were initially rejected. In the meantime, KOC had accepted the offer submitted by the American “KBR” company, whose value amounts to KD 88.41 million, and the other presented by the British company “Wood Group”, which offered a price of KD 83.46 million.

The value of the offer submitted by the Australian company “Worley” amounted to KD 81.3 million. Last February, the French company Technip had returned to the bidding war for the project, while the Fluor Company remained excluded from the bidding process. The Cabinet’s Grievances Committee had requested a copy of the documents and information related to a complaint filed by the Fluor Company regarding its continued exclusion.

The Central Agency for Public Tenders had initially excluded Fluor and Technip companies from bidding due to their failure to adjust the value of the letter of guarantee from KD 2.5 million to KD 2.65 million. After that, the two companies submitted a complaint to the Grievance Committee of the Council of Ministers claiming that they had not been informed of the amendments to the tender specifications. MEED was unable to know the reasons for allowing only Technip Company to join the bidding process even though a complaint was filed by both companies. These contracts are valued at about $ 330 million and cover a period ranging from three to five years.

The delay in awarding the consultancy contract for the project caused major disruption to the oil and gas projects market in Kuwait. Over the past few years, there have been a few announcements of major projects in the oil and gas sector in Kuwait. The impact of the COVID-19 pandemic and the global energy transition has been compounded by the ongoing issues related to the internal political situation in Kuwait. 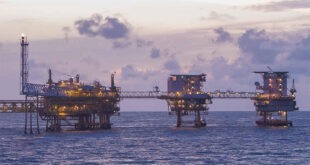 This post has been read 12514 times! KUWAIT CITY, March 16: According to reliable oil …