MUMBAI, June 7, (AFP): India’s Mahendra Singh Dhoni said Tuesday he will remain captain as long as the country’s cricket board sees fit, ahead of a tour of Zimbabwe this month. Dhoni’s future as captain was called into question after India’s lacklustre showing in the World Twenty20 but the limited-overs skipper has showed no sign of surrendering to his critics.

Former Team Director Ravi Shastri recently backed Test skipper Virat Kohli to lead the country in all formats, saying Dhoni should be allowed to enjoy the game as a player, free from the responsibility of captaincy.

“It’s not that I don’t enjoy the game, this decision (on captaincy) will be taken by the BCCI (Board of Control for Cricket in India), it’s not up to me to decide on that,” Dhoni said in response to Shastri’s comments.

With big guns including Kohli, Rohit Sharma, Shikhar Dhawan and Suresh Raina rested, Dhoni will have the tough task of inspiring a bunch of youngsters in the African nation.

India will play three one-day internationals and T20s in Harare in the tour starting June 11, with as many as five uncapped players in the 16-man squad.

“I think it will be a very different experience (for me),” Dhoni told reporters in his pre-departure press conference in Mumbai.

“The reason being you keep playing with almost the same group of players, so you know the roles and responsibility.

“There will be quite a few players in this bilateral series whom I will be playing with for the first time,” said Dhoni.

With quite a few Indian Premier League performers like leg-spinner Yuzvendra Chahal and medium-pacers Barinder Sran and Jasprit Bumrah in the line-up, Dhoni is banking on his bowling department.

“Overall they have been good on paper, both the batting and the bowling. You may say that bowling has had a bit more exposure to international cricket than our batting,” said the wicketkeeper-batsman.

Dhoni also said that India’s next coach should have an understanding of the “culture and upbringing” of the nation.

The BCCI is in the process of recruiting a new coach, applications for which close on June 10.

The captain, who had a forgettable IPL season with newcomers Rising Pune Supergiants, believes that performances in the cash-rich league are not always the best judge of a player’s international worth.

“I have always said IPL is a platform where you identify talent. It is very different because it is still a form of domestic cricket,” he said.

“The moment you are told that you are representing India, there is a different pressure,” said Dhoni.

The International Cricket Council said Tuesday they had improved their procedures for handling evidence of match-fixing after coming under fire from Brendon McCullum.

The former New Zealand captain, delivering the MCC Spirit of Cricket Cowdrey Lecture at Lord’s on Monday, recalled his anger that the evidence he gave against his old international team-mate Chris Cairns in a match-fixing court case in London last year was leaked prior to trial.

“How can the game’s governing body expect players to cooperate with it when it is then responsible for leaking confidential statements to the media?” McCullum, now playing for Lord’s-based Middlesex in English cricket’s domestic Twenty20 competition, said Monday.

The legal case ended with Cairns found not guilty and McCullum said he should have been given more warning from the outset of first giving evidence to the ICC in 2011 that he could be called as a witness in a court action.

“I think players deserve better from the ICC and that, in the future, the evidence gathering exercise has to be much more thorough, more professional.

“In my opinion a person taking a statement should ensure that the witness is advised about what may occur.”

Responding to McCullum’s address the ICC acknowledged his stance but insisted they had not been the source of the leak.

“The ICC commended Brendon McCullum two years ago — and continues to do so today — for his brave, courageous and principled stand against corruption in cricket,” the global governing body said in a statement.

“The ICC also understood and shared his dismay at the leak of his confidential statement, which prompted a thorough and detailed investigation by the ICC.

“While the probe proved that the origin of the leak was not from within the ICC, it failed to establish beyond doubt the actual source.

“Nevertheless, the ICC has already put strong measures in place to ensure this type of incident is never repeated.”

The statement added: “In 2014 (and unrelated to the leak of confidential information), a comprehensive review of the ICC Anti-Corruption Unit was carried out to review its processes, functions and resources. The review was conducted by the ICC’s Integrity Working Party (IWP), which included independent corruption experts.

“All the recommendations of the IWP were reviewed and adopted by the ICC Board during the 2015 ICC Annual Conference in Barbados.

“Every event or incident provides an organisation with opportunities to review its structures and measure its operations against best practice. This is exactly what the ICC has done in this particular case — it believes the outcome has been processes, procedures and resources which have been further bolstered and strengthened.

“The ICC reconfirms that it is doing absolutely everything in its power to fight the threat of corruption in the sport and will continue to do so. It also reaffirms its commitment to gain and retain the complete trust of cricketers, and to work in close co-operation with all stakeholders in cricket.”

The ICC were not the only cricket authority in McCullum’s sights on Monday.

Hard-hitting batsman McCullum said Lou Vincent, another former New Zealand team-mate had been harshly treated in receiving a life ban from the England and Wales Cricket Board (ECB) after admitting engaging in spot-fixing — deliberately under-peforming to stage a betting coup during a game — in county matches.

The ECB ban was applied worldwide and McCullum said: “I struggle with the severity of this when a player has cooperated fully and accepted responsibility.

“It is vital that players found guilty of offences having acknowledged wrongdoing are shown a degree of clemency — failing which there seems to be very little incentive for them to come forward.”

Share
Previous Penguins move to brink of title – Key players star
Next No Messi, no problem as Argentina down Chile 2-1 – Globe-trotting Perez shines for Panama 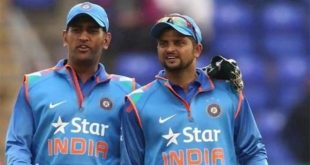