KUWAIT CITY, Jan 24: The consultant appointed by the Health Insurance Hospitals Company (Dhamaan), for attracting a global operating partner, received offers from 15 parties, and has settled on four unnamed global operators who met all the technical, administrative and financial conditions, and are eligible to enter the final competition, reports Al-Rai daily quoting informed sources.

They explained that the company Deloitte, which was assigned by Dhamaan to participate in the process of selection and qualification of the operating partner, concluded that there are four operators, one each from Europe, North America, East Asia, and an Arab country with global capabilities in the field of healthcare. These four operators were deemed to fulfill most of the conditions for submitting their offers to the Board of Directors of Dhamaan. Their offers will be evaluated and one operator among them will be selected, as part of the efforts of the company’s officials to implement international standards for healthcare in Kuwait.

The operating partner will be responsible for managing the Dhamaan system of hospitals and primary healthcare centers in Kuwait. It will play a strategic role with Dhamaan, being the first healthcare institution in the Middle East with a public-private partnership (PPP) system, and the first company in the Gulf to offer its services based on the Integrated Health Maintenance System (HMO) model. The sources affirmed that the company’s officials will continue to focus fully on its targeted responsibility in improving the healthcare indicators in Kuwait, and increased efforts will be exerted in this regard on more than one level to operate the company.

In addition, the sources explained that the completion rate of hospitals is currently close to 70 percent. This indicates that Dhamaan will soon carry out all its responsibilities, which is one of the pivotal elements in the national development vision “New Kuwait 2035”. The first phase of operations will witness the completion of two hospitals and five primary health care centers in various parts of Kuwait. The sources said, “The construction of the system is currently fully underway. The construction process is expected to be completed by the end of this year”. 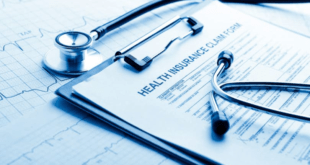