KUWAIT CITY, Nov 3: The Directorate- General of Civil Aviation confirmed that development projects are continuing to be implemented at the Kuwait International Airport at a fast pace, based on the state’s interest in modernizing the infrastructure of the air transport sector, saying the completion rate of the third package project reached 76.4%, reports Al-Jarida daily. The Deputy Director-General for Planning and Projects Affairs at the DGCA Saad Al-Otaibi said in an interview with “KUNA” that the third package project includes four main components, the first of which is the construction of a new control tower, and equipping it with the latest navigation systems, and the completion rate is 88.5 percent, and the second component is the construction of a runway. The third, with a completion rate of 96 percent.

Components
The package includes 4 components, most notably a control tower, the construction of a runway. Al-Otaibi said that the third component includes the reconstruction, modernization and development of the eastern runway, with a completion rate of 14.3 percent.

The fourth component is concerned with infrastructure services for the southern region of the airport, with a completion rate of 99.8 percent. He added that Kuwait International Airport is witnessing a number of construction projects supervised by the DGCA including a global air navigation operator to develop work in the air navigation sector, and train and qualify national cadres in this important and vital sector.

He indicated the DGCA is in the final stages of introducing the practice of operating the new terminal building (T2) by a global operator, which aims to operate and manage the building with the latest methods and according to the latest technology in airport management to develop state revenues, improve services, raise operating efficiency and train national cadres. He stated that the DGCA has a successful experience in introducing a global operator in Terminal 4, which was opened in 2018 and allocated to Kuwait Airways. 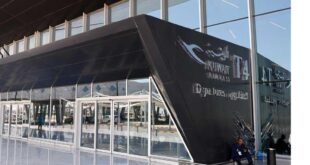 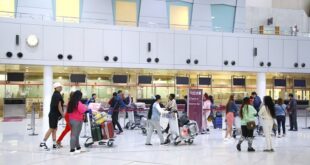