‘Deportations, other penalties on the cards for violators’

KUWAIT CITY, Jan 12: Commenting on news reports that some Bedoun have called for demonstrations and sitins in Taima, Jahra, the Ministry of Interior has stressed it will not tolerate any kind of disturbances and violation of the law, reports Al-Rai daily.

Sources at the ministry said, firm action will be taken against those who plan to take the law in their hands.

The daily said a meeting was held between the Central System for Remedying the Status of Illegal Residents (CSRSIR) or the so-called Bedoun in Kuwait and a number of security official, during which all options were placed on the table including measures against those who instigate and plan to disrupt peace through demonstrations and sit-ins.

Security sources revealed such practices which affect the societal security in the country must be dealt with seriously and emphasized on the need to activate all legal procedures against the violators.

The sources pointed out among the measures that have been agreed upon to activate are considering unauthorized gatherings unlawful based on previous court rulings, filing lawsuits against the instigators and demonstrators and putting a remark in the file of naturalization.

The sources added the intelligence services shall be asked to summon the guardian if the violator is a military man, and put the remark in his file for consideration when the request to extend his service is filed and a request is made for the issue of Article 17 passport, or when a request is made to renew the driving license.

The sources pointed out that CSRSIR confirmed during the meeting that if the judicial provisions include the penalty of deportation in the case the violator has relatives whether inside Kuwait or in neighboring countries, a request will be made to receive the suspect. 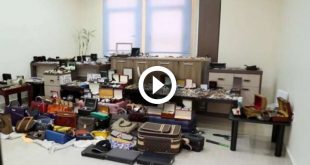