KUWAIT CITY, Apr 28: There have been positive indications for resolving the issue of expatriates who are stranded in the residence centers of the Ministry of Interior.

Parliamentary sources reported that the Foreign Minister informed the subordinates who attended the meeting in the National Assembly about an agreement with Egypt and India to deport their citizens who have violated residence law and the preparations is currently underway to prepare flights and open airspace to accept their citizens from next week onward.

National Assembly Speaker Marzouq Al-Ghanem affirmed the determination to defeat the mafia of visa traders and to erase this black page from Kuwait’s history.

Al-Ghanem said after a parliamentary meeting in his office in the presence of the Ministers of Foreign Affairs, Social Affairs and Labor Sheikh Ahmed Al-Nasser and Maryam Al-Aqeel and 19 representatives that the meeting witnessed a discussion about evacuation of citizens and addressing the imbalance of the demographics and numbers of expatriates and other topics.

Al-Ghanem considered that visa traders are the main cause of marginal employment who had no human morals for the greed of money they brought in humans and left them on the streets.

Share
Previous 17,428 Expats quarantined in two months
Next Modifying the rental law – “No eviction for defaulters” 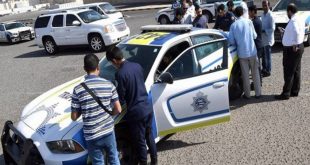