KUWAIT CITY, Sept 11: Last week, the General Traffic Department launched a traffic campaign in the residential areas of Shuwaikh, Jleeb Al-Shuyoukh and Fahaheel. This campaign resulted in the issuance of 850 citations within a period of five hours, reports Al-Rai daily. These citations were issued for 560 direct and 300 indirect traffic violations. The Traffic Technical Inspection Department launched an extended campaign with four security teams, covering the three areas. The most prominent violations were related to safety and durability conditions, expiry of vehicle insurance, noise pollution, smoke emission, and illegal transportation of passengers, among various other violations.

The traffic campaign was led by the Acting Director of the Traffic Technical Inspection Department Colonel Mishaal Al-Suwaiji, and a number of officers, individuals and technical inspectors participated in the campaign. A tight plan was developed by installing security checkpoints and inspecting the violating vehicles. Colonel Al-Suwaiji revealed that the traffic campaign targeted vehicles that lacked safety and durability requirements, made disturbing sounds, had smokescreens and window tints that were in violation of the regulations.

He said, “Such campaigns aim to monitor all violations. It includes the impoundment of violating delivery vehicles and bikes that violate the safety and durability conditions. The delivery bikers are arrested if they do not hold a driver’s license, or do not wear a helmet, or do not place night stickers”. Colonel Al-Suwaiji added, “We noticed a large percentage of delivery bike riders who do not have driving licenses”. He indicated that the traffic campaigns were launched without fail and will continue on a daily basis in all governorates of the country in order to eliminate dilapidated vehicles and those in violation of safety and durability conditions. 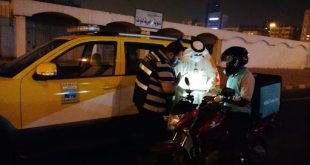 Preventing delivery bikes on highways comes into effect as of Sunday 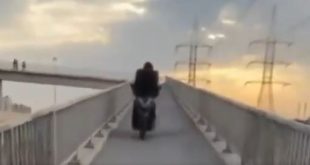