In, out … Speaker saga continues

KUWAIT CITY, April 19: MP Shuaib Al-Muwaizri has announced his plan to submit a proposal to dismiss National Assembly Speaker Marzouq Al-Ghanim. Al-Muwaizri disclosed the proposal is his response to Al-Ghanim’s repeated violation of the Constitution and parliamentary traditions. He cited the incidents during the session on April 14, pointing out that calling security guards to the podium of the session hall to engage in a physical altercation with the MPs is an unprecedented occurrence in the history of the Assembly.

He said Al- Ghanim should be held responsible as the Speaker has the sole authority to issue instructions to the security guards, indicating one of the security guards was carrying a weapon — Smith Gun. He also urged Al-Ghanim to stop accusing the opposition MPs of trying to ignite fire in the nation. He asked: “Is this the Speaker’s message for the citizens, opposition or political leadership?” In a related development, MP Hassan Jawhar invited Al-Ghanim and His Highness the Prime Minister Sheikh Sabah Al-Khalid Al-Sabah to a public debate in order to prove that the proposal to suspend deliberations on the grilling motions against HH the Prime Minister is in line with the Constitution and the National Assembly Decree. Jawhar asserted it is now crystal clear that there are systematic and deliberate attempts to dissolve this Assembly.

He believes Al-Ghanim is the brain behind such illegal and unjust steps, stressing the speaker ignored the law when he asked Minister of Health Dr Basel Al Sabah how long the latter wants to postpone deliberations on the grilling motion against him. He added it seems Al-Ghanim has transformed the Assembly into a grocery, indicating the Assembly Decree clearly stipulates that a grilling motion can be postponed for two weeks upon approval of the legislature.

Addressing the ministers, Jawhar asked about their feelings towards their children when they approved the proposal to suspend deliberations on the grilling motions against HH the Prime Minister for one and a half year. He also asked his colleagues if they are satisfied with their participation in allowing the government to implement its wretched agenda; which includes imposing tax and increasing fees for various utilities such as electricity, water and fuel. He then stressed the need for MPs to form a solid bloc supported by the public in facing the government and its allies. He pointed out those engaged in corruption are suffering from political bankruptcy, so they resorted to the adoption of an evil strategy to tear the national fabric by instigating sectarian disputes or conflicts between political blocs.

He concluded: “We will not be the bridge for the government to achieve its goals which are not in the interest of the citizens.” On the other hand, MP Mubarak Al-Hajraf called on His Highness the Amir Sheikh Nawaf Al-Ahmad Al Jaber Al-Sabah to dissolve the Assembly and leave the decision regarding the next legislature in the hands of the people. If the departure of Al- Ghanim and His Highness the Prime Minister will end the crisis, then let them leave, he added. In another development, MP Ahmed Al-Hamad submitted a proposal to conduct training courses for Kuwaiti graduates to make them qualified for jobs in public institutions, ministries, companies and banks. He suggested that the trainees will receive wages during the training period until they are hired. 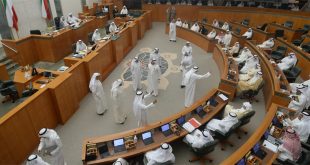 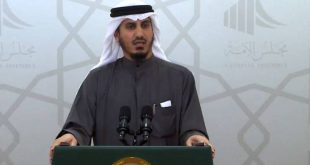