‘Kuwaitization will happen, to be more effective in govt sector’

KUWAIT CITY, May 19: The article published recently on the front page of Al-Rai newspaper concerning the statement made by the State Minister for Municipal Affairs Walid Al-Jassem about the first step taken towards dispensing with expatriates had sparked broad public and parliamentary reactions mainly in support of the step taken by Al-Jassem, and amid calls for taking similar steps in all parts of the state for eliminating unproductive workers.

According to sources informed about the marginal workers’ file, Al-Jassem’s decision to stop appointing expatriates and dispense with those present in Kuwait Municipality had stirred the stagnant water in the issue of Kuwaitization.

The legal aspect relating to violation of the residency law revealed a governmental plan to reduce those workers as the first step, followed by serious steps through legislation and laws that will put an end to unreasonable increase in the proportion of the number of expatriates which has exceeded 70 percent of the total population.

Kuwaitization
The sources affirmed that Kuwaitization will happen, and its application in governmental jobs will be more effective, highlighting that the first hint was the directive from the state minister for municipal affairs not to appoint expatriates and to sift through files of their employees in Kuwait Municipality.

They revealed that the number of marginal workers, both legal and illegal, has exceeded 600,000. According to the latest statistics, the number of residency violators who took advantage of the amnesty granted by Ministry of Interior to leave the country within a month without paying any financial fines incurred by them reached 168,000.

This is in addition to monitoring more than 400,000 others who can be considered marginal workers as they do not work for their sponsors and work on the basis of daily wages. In addition to the marginal workers and residency violators, the workforce that can be dispensed with is the non-technical employees working in public and private sectors in areas and professions that do not need expatriates as they often carry out office tasks that do not require contracting with other countries except within narrow limits.

The sources emphasized that the train of the containment governmental plan to sort out the number of unproductive expatriates who proved to be burden for the country and its infrastructure during the coronavirus crisis is on the rails, and is now in the process of being approved, adding that as soon as this plan is approved, its implementation will begin on both short-term and long-term basis.

The sources explained that the replacement of expatriate workers in the public sector will be carried out within three months after the end of the coronavirus crisis.

Expatriates in the public sector will be screened. Those who work on the basis of the system of assignment and services, as well as those in non-technical jobs will be terminated. The contracts of those working on contract basis will not be renewed, regardless of their position, especially consultants in governmental agencies. The government sectors will develop educational and training programs to prepare Kuwaiti youth to occupy specialized jobs.

The sources went on to explain that the legislation currently being prepared will put an end to the excessive increase in the number of certain expatriate communities, ensuring the application of the quota system. No community will exceed 20 percent, and no community can monopolize any jobs.

They said technical positions in Ministry of Education and Ministry of Health will be occupied by people from different countries, instead of focusing on specific countries.

The sources revealed that Ministry of Education will contract teachers from Jordan, Palestine, Tunisia and Mauritania, and Ministry of Health will hire doctors from India and Pakistan. Regarding this matter, Chairman of Human Resources Development Committee Khalil Al-Saleh said, “The Resources Development Committee warned repeatedly about the negative implications of coronavirus crisis, especially about the high number of expatriates and the need to implement Kuwaitization in government jobs and approve the quota system.

The issue of marginal labor is the reason behind the depletion of state resources, so the government has become obligated to take strict measures and address this file seriously. This file can be addressed by draining sources of residency dealers and applying the quota system to the proportions of communities.”

Failure
He stressed that the root of the problem lies in the failure of the government to impose strict control on the recruitment of workers from abroad and that it allowed residency trade to flourish without accountability or scrutiny. Al-Saleh said, “Implementation of the Kuwaitization policy has become a public and parliamentary demand. As a form of support, we in the Human Resources Committee presented recommendations and solutions for this file.”

Meanwhile, MP Safaa Al-Hashem said she prefers the application of the quota system on the expatriate communities, provided the number of members in each community should not exceed 100,000. She called for an end to the infiltration of expatriates into sensitive positions and their control of the governmental decisions.

Al-Hashem declared that “The repercussions of the COVID-19 crisis require the government to be serious in dealing with the demographics file. For about three years, I have been for a solution to the demographic makeup, because the imbalance was clear and obvious.” She added, “The error of fatalities in which the government fell is the clear penetration of expatriates in leadership positions to the extent that important information have fallen in the hands of expatriates. The Civil Service Commission is the biggest evidence. Therefore, it is not logical for the decision of CSC to be in hands of a number of expatriate advisers who control the future of our children.” 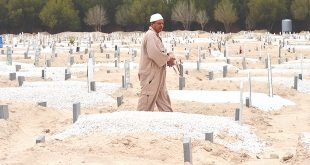