KUWAIT CITY, May 26: In a heinous crime, a Kuwaiti doctor working at the College of Medicine at the Kuwait University stands accused of assaulting his nephew with a dumbbell, the type used by body-builders inside a gym. The incident allegedly happened inside the home of the suspect who lives in Granada. The blow was directed to the head of the victim which caused a crack in his skull and led to the paralysis of the right side. The suspect has been detained at the Central Prison and remanded to police custody for 21 days. The victim was admitted to the intensive care unit of the Amiri Hospital until his condition stabilized.

The victim reportedly cannot move due to paraplegia on the right side and a broken skull. A security source explained the victim was attacked due to family disputes between the victim and his uncle (the suspect). The incident happened on the first day of the Eid holiday following which the victim’s family informed the Operations Room of the Ministry of Interior following which police and paramedics rushed to the spot and transferred the unconscious victim to the Amiri Hospital and days later he regained consciousness but was unable to move. In a related context, the lawyer for the victim, Attorney Yaqoub Al-Shatti, said the accused is facing the death penalty or life imprisonment. He added, he will request the court for maximum penalty. He added the suspect, who works in the medical school, must be an example to society, knowing the extent of the crime he committed and the extent of injury he has caused. Lawyer Al-Shatti also said this is no less than premeditated murder and punishable by death if it is proven the offender was stalking his victim. By Munif Nayef Al-Seyassah, Arab Times Staff 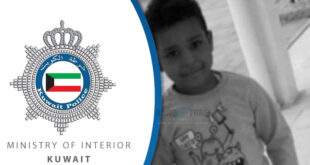