On the other hand, KIPIC has decided to award the tender for engineering services, purchase and backup of the Zour refinery project for 5 years to Arab Energy and Technology Company for 27.2 million dinars as the lowest bidder. In the meantime, the Kuwait Petroleum Authority has agreed to extend the validity of the prices of the advanced companies for the tender for the removal of the accumulated sand in the northern regions of Kuwait for a period of two months from April 28, 2019, and to reserve the initial financial guarantee of K.D.B. for general trading and contracting in the event of non-extension of the bank guarantee.

Share
Previous ‘Health nod must for companies to take part in food exhibitions’
Next KD 16,728,245 spent yearly on street lights 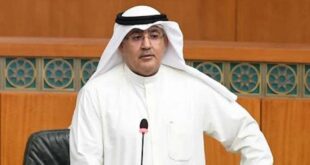