KUWAIT CITY, Aug 2 : The Criminal Court, headed by Counselor Hamad Al- Mulla, sentenced to death three Iranians who confessed before the judiciary to smuggling 169 kilograms of psychotropic substances, 10 kilograms of hashish and heroin by sea near Bubiyan Island for trafficking in Kuwait, reports Al-Rai daily. The Criminal Court had previously interrogated the defendants in a public session, and they confessed to bringing the contraband by sea from Iran, specifically from Abadan to Kuwait on board a cruiser. They were subsequently arrested and referred to the Prosecution. 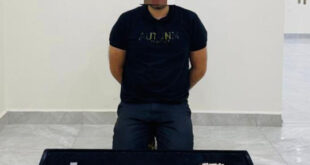