KUWAIT CITY, July 8: The High Command of the Ministry of Interior has issued directives to take severe disciplinary punishment against anyone (affiliates) who manage fake accounts in the social media with the aim of destabilizing security, attacking their colleagues or senior official, or leaking sensitive security information, reports Al-Qabas daily quoting senior sources.

The same sources pointed out the directives stipulate suspending from work those involved in such activities and referring them to the judiciary and dismissal if they are found guilty. The sources added the Criminal Investigation Department (Department of Cybercrime) has opened an extensive investigation into the information it has received that some members of the Interior Ministry operate fake accounts on websites for malicious purposes against some of their colleagues or senior officials.

The sources revealed officers and individuals hiding behind these accounts are trying to create some kind of confusion about some issues in the security establishment. This activity increased after the issue of bribe and visa trade surfaced following the arrest of some people, including senior officials. The sources concluded such behavior is uncalled for and totally unacceptable. 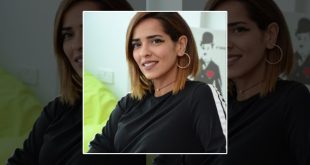