KUWAIT CITY, Dec 29: The Ministry of Education and the Ministry of Health announced 15 cases of corona infections were reported from an intermediate girls’ high school from the Farwaniya Educational District earlier this month, reports Al-Rai daily. The infected people included teachers and students, however only six of them are said to have been quarantined including a student, an administrator and an instructor.

The source indicated that the school administration, in coordination with the Chamber, has taken health measures followed in such cases, the most important of which is closing the classroom, sterilizing it and examining contacts under the supervision of the health team. 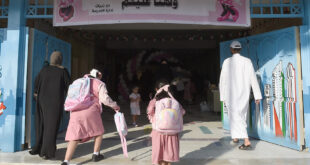 This post has been read 93410 times! KUWAIT CITY, Aug 18: The concerned departments in …