KUWAIT CITY, July 28: The Court of Cassation rejected the appeal submitted by the former MP Dr Jama’an Al-Harbash against the two-year imprisonment ruling, which was suspended for three years at a bail of KD 3,000. He was accused of repeating the infamous speech of former MP Musallam Al-Barrak.

It is worth mentioning that the Court of Cassation earlier ruled in the same case, rejecting the appeal submitted by 14 citizens and political activists. It upheld the appeal judgment of imprisoning them for two years with hard labor, and set the bail bond as KD 3,000 to suspend the ruling.

The 21 defendants include former MPs and political activists, who were accused of spreading or quoting from the infamous speech titled “Enough of Frivolity” delivered by the former MP Musallam Al-Barrak at the Erada Square. According to the judiciary, this speech contained words that are deemed offensive to the entity of His Highness the Amir of Kuwait. Al-Barrak had served a jail term of two years with hard labor for delivering such a controversial speech but all other defendants had denied the charges leveled against them. 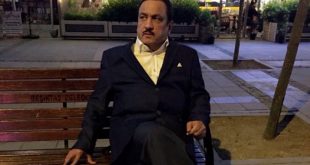