Court acquits US citizen of carrying drugs after appeal

KUWAIT CITY, Dec 9: The Court of Appeals presided over by Justice Hani Al-Hamdan overturned the lower court’s verdict that sentenced a United States citizen to four years and four months imprisonment on charges of possessing marijuana. The court refrained from issuing a verdict instead. Representing the American, Attorney Hessa Al-AObaid cited the contradictory report on her client and said the defendant was arrested after his rented car had been searched in front of a restaurant in Mahboula area.

However, according to the investigation report, her client was arrested in Abu Halifa and the address was not mentioned. Attorney Al-Obaid added the investigation report did not mention other officers that were present during the arrest, and instead, settled on allegation that her client was driving on the wrong side of the road, which prompted the arresting officer to stop him and conduct the search.

Al-Obaid indicated her client had insisted he was arrested in Mahboula and denied all charges leveled against him from the start; thus, all procedures taken by the arresting officers were illegal as they lacked permission from the Public Prosecution to arrest and search him. She also said the samples taken from her client did not contain any trace of alcohol or narcotics. 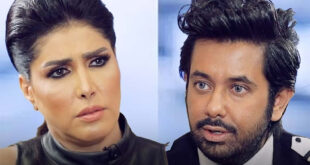