KUWAIT CITY, Jan 12: The Misdemeanor Court presided over by Judge Mohammad Al-Dousari imposed a fine of KD 1,500 on a cosmetic and accessories company, and ordered its closure for two weeks. The judge then referred the case to the civil circuit.

According to the case files, the Public Prosecution accused the company of intentionally attempting, via its legal representative, to deceive retailers/buyers with false brands of cosmetics such as eyelashes by portraying them as original.

The company was also accused of possessing a large quantity of imitated eyelashes which were intended to be sold as original brand. Lawyer Sakina Al-Muslim said the company violated the law for control of commercial fraud and the law overseeing trade in goods and services and craft work and determining its prices.

She also submitted a defense memorandum and a portfolio of documents that included an extract from Ministry of Commerce and Industry stating that the trademark imitated by the accused belongs to the victim’s company and requested at the conclusion of her defense to punish the defendant for being the cause for great material damages. 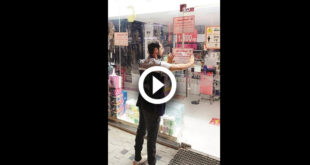 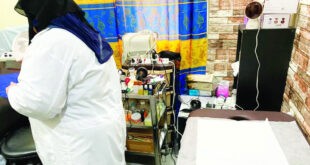 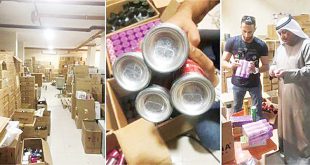 This post has been read 12904 times! The expired deodorants seized KUWAIT CITY, Jan 12: …