KUWAIT CITY, Aug 29: Kuwait Municipality stated the launch of a comprehensive cleaning campaign in all governorates, starting tomorrow, Sunday, for a week, with the aim of raising the level of public hygiene.
The municipality said in a press release that it will organize intensive field tours that include various cleaning activities such as manual sweeping, removing waste and garbage, washing and sterilizing containers, and monitoring daily cleaning work in the markets, investment, commercial and crafts areas.

The tours include following up on the road works towards lifting the discarded cars and scrapes offered for sale from squares and squares, in front of schools and places used for storing cars.

The campaign will continue to implement the safety requirements of the properties under construction by fencing those sites and making sure that the rubble is placed in their designated places.

The municipality stated that the campaign will continue until the September 6th and will implement the integrated work plan that was developed in the various governorates during the morning and evening periods, in conjunction with the implementation of the fourth phase of the gradual return to normal life.

And she emphasized that the specialized control teams will intensify their field trips to monitor all sites under construction, whether they are for construction work in private housing, investment and industrial buildings, or the work of contracts concluded between the various state ministries and approved contractors to follow up the application of regulations, conditions and safety regulations, and violating trespassers on the state’s lands 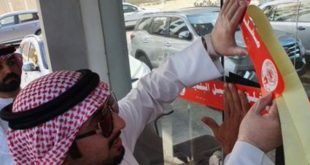 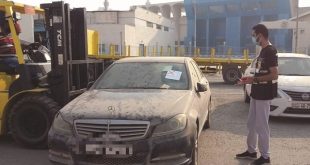