KUWAIT CITY, June 13: The team formed recently by a decision of the Minister of Social Affairs and Social Development and Minister of State for Housing and Urban Development Mubarak Al-Aro, to support the food security system in the country, began its field tours of cooperative societies to verify its stock of goods, and the extent of its compliance with ministry’s decisions and circulars, reports Al-Jarida daily.

The daily has learned from its sources that inspectors from the Department of Cooperative Control and Inspection issued violations against some cooperatives for deliberately refraining from putting the frozen chicken product for sale, despite the availability of chicken products in abundance in its stores, indicating that the boards of directors were instructed to offer for sale these products immediately, and make it available in all their markets, while at the same time warning the officials of the serious consequences if the offense is repeated even if it may lead to the dissolution of the board of directors.

The sources indicated written warning have been issued to the faulty cooperatives on the shortage of goods stock or price manipulation primarily via the “WhatsApp” communication site (audio and video messages) which will be followed by legal measures against the boards of directors. The sources stressed that the ministry will not tolerate violations that affect food security or that constitute any form of monopoly or concealing products with the aim of increasing the prices in future.

The sources reassured consumers, citizens and residents, of the availability of all commodities and foodstuffs and consumer goods within the supermarkets and cooperative societies and their branches, describing it as “excellent.” The sources emphasized that the stock of goods in some cooperative societies is sufficient for a period of two years, while in others it ranges between 6 months to a year and a half.

The sources pointed out that the team holds meetings on a weekly basis to discuss any new developments in the local and international arena related to the supply of consumer goods to cooperative societies. The team includes in its membership the Assistant Undersecretary for Cooperatives Sector Affairs, the Director of the Cooperative Control and Inspection Department, representatives of the Ministry of Commerce, the Competition Protection Agency, the General Administration of Customs, and the Public Authority for Agriculture Affairs and Fish Resources. 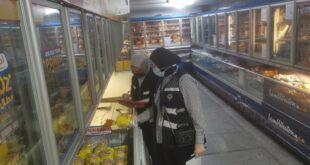 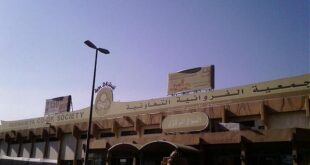