Co-op sector vital in meeting needs of Kuwaitis and expats

Govt has taken all measures to ensure food security

KUWAIT CITY, April 6: Governor of Mubarak Al-Kabeer Governorate, Major-General Mahmoud Bushehri spoke of the great role the Kuwaiti Cooperative Societies movement plays in the Gulf region, reports Al-Seyassah daily. He noted that this movement coincides with the values of cooperation and joint action that the Kuwaiti society has placed on it. Bushehri said, during his visit to the Sabah Al-Salem Cooperative Society in Mubarak Al-Kabeer and the Al-Qurain Coop, on the occasion of the approaching month of Ramadan, that the cooperatives sector makes many contributions and plays a remarkable role in developing regions and meeting the needs of its residents, both citizens and residents. He reiterated that the government has done everything necessary to provide food security for citizens and residents despite the COVID-19 pandemic, stressing the need not to store goods because they are available in all shopping centers throughout the year.

Efforts
He pointed to the specificity of the blessed month of Ramadan among societies, which leads to an increase in commodity consumption rates, which places responsibility on state agencies and the Union of Cooperative Societies to exert more efforts. During the governor’s tour in the Sabah Al-Salem Cooperative Society, he listened to an explanation from the Chairman of the Board of Directors about what the association’s management has done to provide all the needs of citizens and residents in terms of basic and consumer goods in general and Ramadan in particular at reasonable prices, which prevents some merchants from exploiting the holy month to artificially increasing prices and place extra burdens on the consumers. 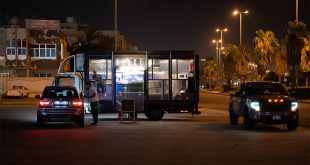 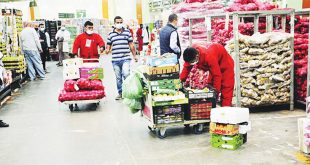 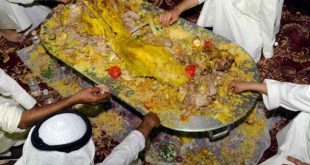