KUWAIT CITY, April 23: Personnel from the vice squad affiliated to the Criminal Investigations Department have arrested two homosexuals — a Georgian and French — and referred them to the concerned to prepare their deportation from the country, reports Al-Rai daily.

The gays came on visit visa two days ago after promoting their immoral activity via the social media and were requesting KD 100 for an hour of ‘fun’. Acting on this information, detectives set a trap for them and caught them red-handed while striking a deal with an undercover police agent. 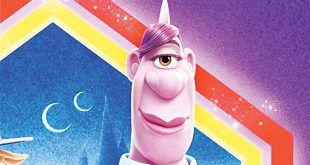