No shortage of ‘foodstock’

KUWAIT CITY, March 13: In a move to contain the spread of bird flu, the Kuwait Municipality and Public Authority for Agricultural Affairs and Fish Resources (PAAAFR) have culled 98,000 chickens infected with the disease, after the cases were discovered on two farms in Al-Wafra and Al-Abdali. This was done upon instructions of the Minister of State for Municipal Affairs, the Minister of State for Housing Affairs, Shaya Al-Shaya, and the Director General of the Public Authority for Agriculture and Fish Resources Sheikh Muhammad Al-Yusef under the supervision of the Deputy Director of Livestock Affairs, Mishaal Al-Qurayfah. After monitoring the poultry farms 24/7 hours 98,000 birds were culled from two farms.

He added, the Kuwait Municipality and the ministries of Commerce and Health called the bird flu a natural phenomenon that affects poultry, especially during the onset of summer according to the specialists in the concerned authorities, but the temperature gradually eliminates the viruses found near the these farms. PAAAFR confirmed that there is no shortage of food stocks or the white meat such as poultry, as the percentage of surplus is 118 percent, pointing out that the stock is sufficient to last more than six months.

He pointed out Kuwait is very superior in terms of hens laying chicken and covers a high percentage of the local market, not less than 90%, pointing out that the high air temperature in Kuwait in summer and cold in winter makes the owners of farms export their products to Iraq, the UAE and Saudi Arabia. PAAAFR announced the concerned authorities are monitoring the spread of bird flu in all poultry farms in the country, stressing that all veterinary health measures are followed in this regard, and the application of the emergency plan to combat any case of the spread of bird flu.

Abdullah Behbehani, a preventive health doctor, told Kuwaiti media that it is very difficult for birds to transmit the virus in humans, except in a very few cases. According to infections recorded globally, only humans that were in direct contact with the bird contracted the virus, Behbehani added. He indicated that the diseases affect all kinds of birds and that the H5N1 virus is the most common type of the disease. 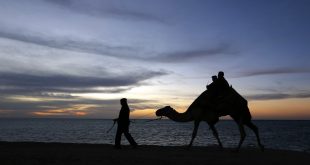