KUWAIT CITY, July 18: The Environmental Public Authority (EPA) announced Friday that it had issued a citation against the owner of a chalet for sheltering what it called the ‘violating fishermen’, reports Al-Rai daily.

This was done in cooperation with the Ministry of Interior (Environmental Police, and Maritime Security) and the Public Authority for Agricultural Affairs and Fish Resources.

The EPA inspected one of the chalets overlooking the Kuwait Bay, which was being exploited for an unspecified purpose as it harbored the violating fishermen who use illegal tools in violation of Article 108 and Article 100 of the Environmental Protection Law No. 42 and its amendments.

The fishermen have been seized, their aides have been identified and legal procedures will be taken which includes deportation in public interest. All fishing boats, tools and 56 kilos of fish and 419 kilos of crabs were confiscated.

‘No one above law‘ – MOI officer forced to vacate chalet 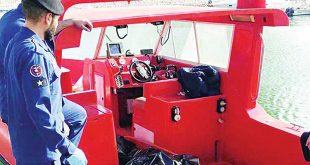 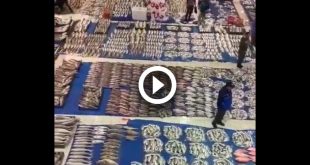 KUWAIT CITY, Nov 11: The Directorate-General of Coast Guard has been instructed to carry out …